Thursday starts with presentations on "How to Train Your Dragon" and "The Wild Things", both being quite typical 'making of' presentations. Kevan Shorey made an appearance (a guy I was at uni with, although a couple of years above) in an acting out video, to show how animators at dreamworks "have fun", I'm sure its not all fun though! As always there is an emphasis on showing character design, and animation as that is really what most of the audience have come to see. There is a tendency to just skip the last phase, I have heard the phrase " here is the animation, oh and here is it lit and rendered" as if there was really very little work involved. It's no wonder no one wants to be a lighter/compositor in animated film. Most fall into the job by accident, and I have even heard before from a friend in Lighting, "all lighters are just failed animators". Perhaps there is an element of truth, but really animating and lighting are two very different sets of skills.

The Wild Things presentation also had another familiar face (to me anyway) as Daniel Jeannette was animation supervisor on Happy Feet. It was interesting to see how many different techniques they tried before deciding on puppets cg with face replacement. They had some pretty crazy ideas (some of them were never going to work) and lots of studios worked on tests for them, a very long way of going about making a film. The final results work really well, but it does look like a lot of work, especially in the tracking and roto departments. 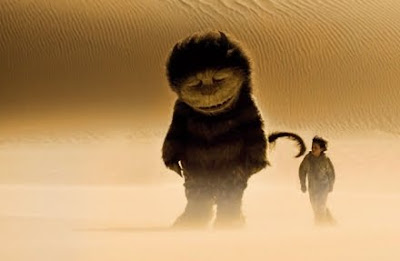 I planned to go to a "Building Pipelines" talk but couldn't physically get in the room as there were people standing blocking the door, so had to give it a miss. It became obvious at this point that there were certain presentations that were going to be popular and hard to get in to, namely, Avatar ones. The conference centre is big, and the idea is that different people go to different talks, therefore no one talk gets overcrowded. But what was to come next really did shock me. The Making of Avatar.
We queued at the doors, and when the doors opened, it was ridiculous. Grown men pushing, we were stuck and getting pushed in by the crowd. I vowed never again to go to an Avatar presentation. It sounded like all the other Weta supervisors had to pull out last minute and this guy got lumbered with their presentations. Its all the sort of things you will be able to see on the extras on the extended DVD's, or read on CG talk. When he finally got to something interesting and new... spherical harmonics, the presentation was ended saying that it was a bit too in-depth, and not enough time. There was not a spare seat, and the aisles were full of people sitting on the floor.


Next up was talk on Scrooge: "A Christmas Carol" I'm not a big fan of this type of film, but it was interesting enough (especially as ImageMovers Digital have an uncertain future at the moment). They talked about setting up a pipeline for this new studio, and why they did it, namely to keep everything in-house, meaning decisions are made quicker and the creativity is shared between departments. From a lighting point of view, it looks sub-standard to me, everything is just a little dull or CG looking, of course it could be the art department or directors vision, but I can't help thinking it dates the film, compared to the lighting in other CG features. 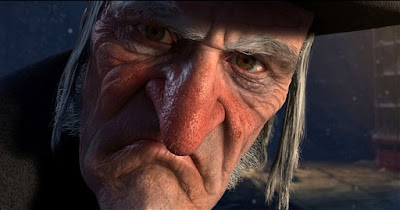 Having nothing else lined up next, I decided to stay in this room to watch the "Integration VFX" talk by Todd Masters of MastersFX. Truly this was the highlight of the day. First there was an introduction to the use of prosthetics in film in the past. Even though the presentation was a little Sci-Fi, it was well put together and was entertaining the entire way through. Some great use of real props that add realism, where it is needed, and help integrate the VFX. Especially in the horror genre where vfx sometimes struggle to do gruesome realistically, but where it is so easy and cheap to do the old fashioned method (not to say that it isn't an evolving technology on it's own). Eyeopening and great fun.
www.mastersfx.com
Posted by tessa at 10:04